Following the smash hit Painting the Modern Garden: Monet to Matisse from Season 3 of EXHIBITION ON SCREEN comes a new film based on the hugely popular exhibition ‘The Artist’s Garden: American Impressionism and the Garden Movement’ from the Florence Griswold Museum in Connecticut, widely considered a home of American impressionism.

American impressionism took its lead from French artists like Renoir and Monet but followed its own path that over a thirty-year period reveals as much about America as a nation as it does about a much-loved artistic movement.

The story of American impressionism is closely tied to a love of gardens and a desire to preserve nature in a rapidly urbanizing nation. Travelling to studios, gardens and treasured locations throughout the Eastern United States, UK and France, this mesmerising film is a feast for the eyes.
Watch online on PLAY page 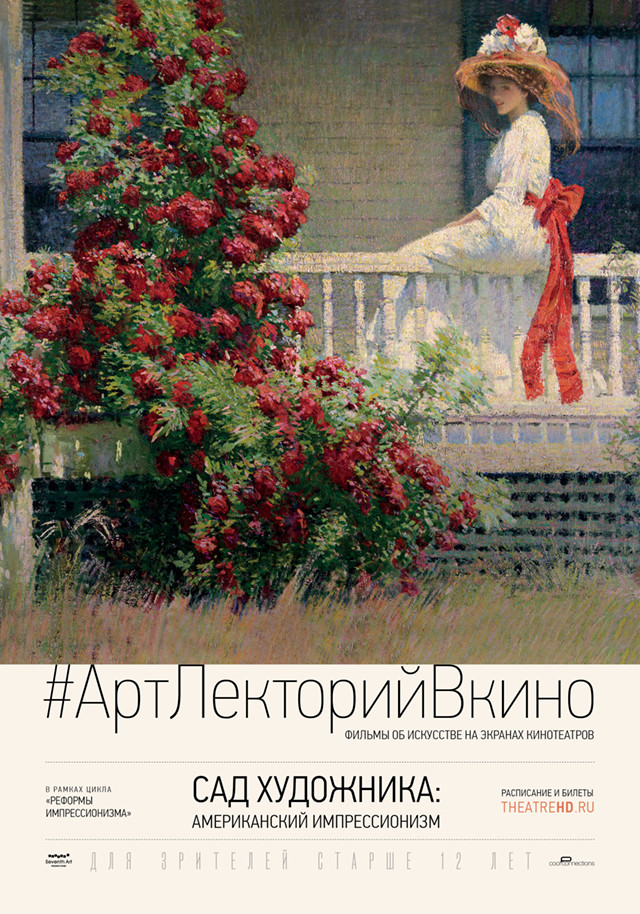 There are no screenings in your city currently..

Vermeer and Music: The Art of Love and Leisure

Cézanne – Portraits of a Life

Salvador Dali: In Search of Immortality

Lucian Freud: A Self Portrait

The World According to Anish Kapoor

The Man Who Stole Banksy